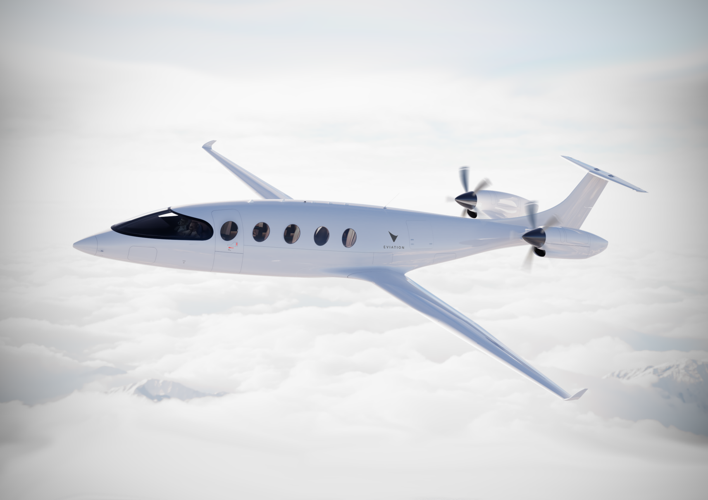 A rendering of an Eviation Aircraft Alice commuter plane in flight. 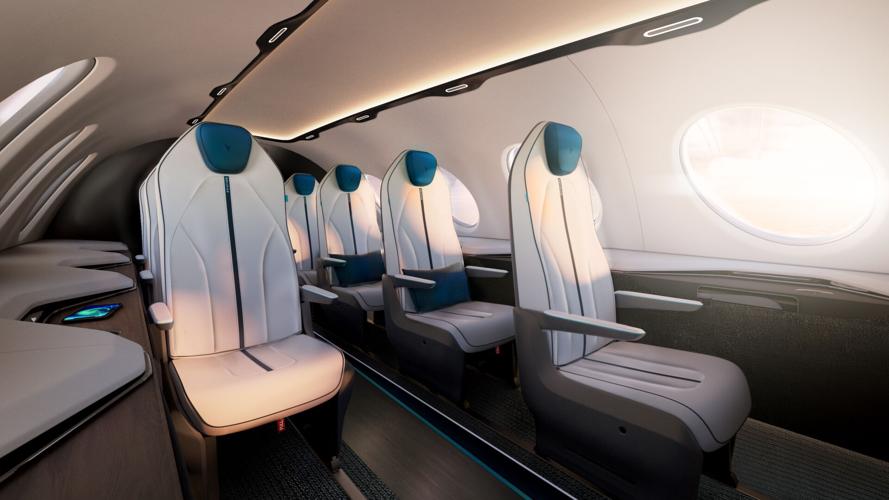 The interior of the Eviation Aircraft nine-seat commuter plane.

Cape Air flies more than 400 regional flights daily to nearly 40 cities in the Northeast, Midwest, Montana, and the Caribbean. Deploying a fleet of all-electric Alice aircraft will significantly reduce carbon emissions, maintenance and operational costs, and provide a smoother and quieter flight experience for passengers, according to a news release today announcing the deal.

“Truly sustainable aviation not only reduces the impact of air travel on the environment but also makes business sense,” Jessica Pruss, vice president of sales at Eviation, said in the release.

Cape Air President and CEO Linda Markham added, “Cape Air remains committed to sustainability, growth, and innovation, and our partnership with Eviation allows for these commitments to become a reality. Our customers will be at the forefront of aviation history and our communities will benefit from emission-free travel.”

The Eviation Alice is designed to fly 440 nautical miles on a single charge and has maximum cruise speed of 250 knots. The electric motors have fewer moving parts to increase reliability and reduce maintenance costs, and Alice’s operating software constantly monitors flight performance to ensure optimal efficiency, the release said.

“Cape Air has always maintained a deep commitment to social responsibility. As an early supporter of all-electric air-travel, we are dedicated to leading the industry towards a sustainable future,” said Cape Air Board Chairman Dan Wolf. “Together with Eviation, we are creating the next generation of air travel, in which electric flight will be the industry standard.”

The first test flight for Alice is scheduled for this summer.

If everything goes according to plan, Alice could be in service within two years, according to a story broadcast on Today.